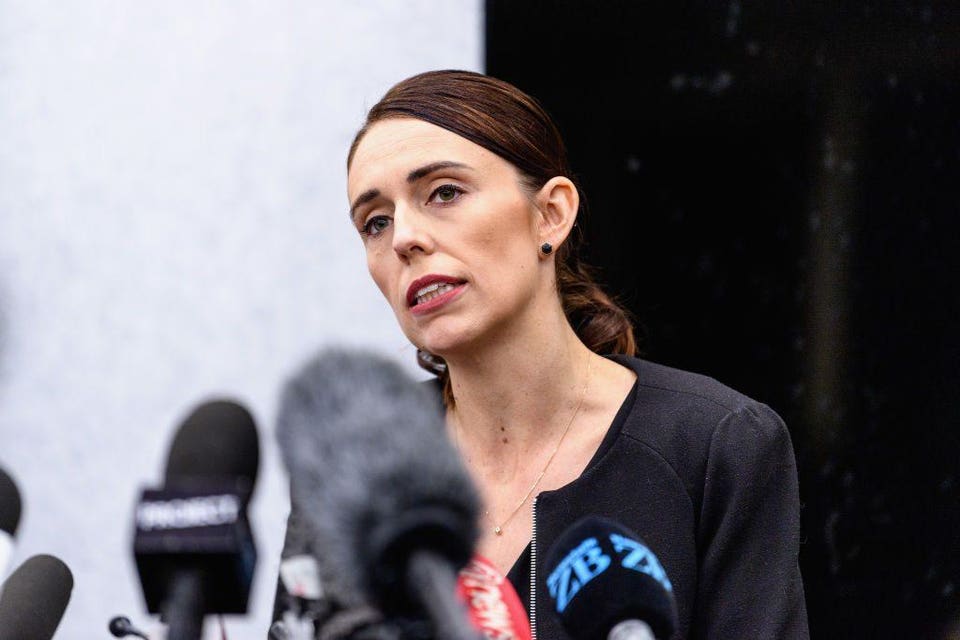 Prime Minister Ardern knows that in dark times, you don’t pit people against each other. She knows that terrorists are the “enemy of the people” and denies them the notoriety they seek. She tells all New Zealanders they’re welcome there, guiding diverse groups to find common ground. In these ways she brings to life the reflection Nelson Mandela offered when he said “my hunger for the freedom of my own people became a hunger for the freedom of all people.” Her approach affirms that a crisis is no time for leaders to fuel “us vs. them.” 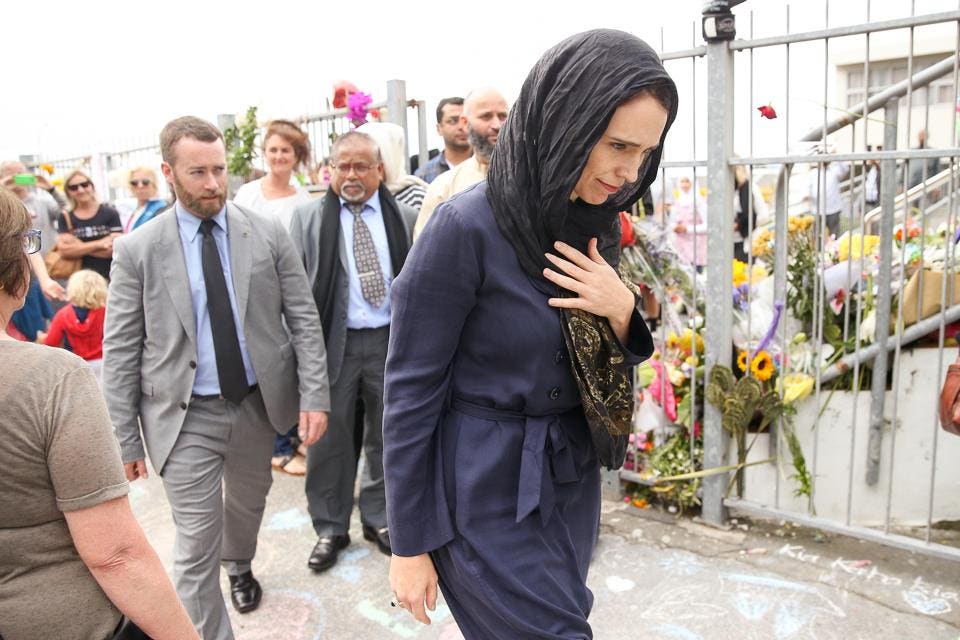 WELLINGTON, NEW ZEALAND – MARCH 17: Prime Minister Jacinda Ardern leaves after a visit to the Kilbirnie Mosque on March 17, 2019 in Wellington, New Zealand. 50 people are confirmed dead and 36 are injured still in hospital following shooting attacks on two mosques in Christchurch on Friday, 15 March. The attack is the worst mass shooting in New Zealand’s history. (Photo by Hagen Hopkins/Getty Images)

In this moment of public agony, Ardern didn’t leave her heart at the door. We could see it on her face. She knew that the grieving community wanted their loved ones back. They had religious concerns about the burials. They needed a safe place to worship. As the elected official responsible for their physical security, she also took steps to protect their personal vulnerability.

Throughout this ordeal, Ardern chose compassion over stoicism. She didn’t distance herself. She came in close, reaching out her arms to hold mosque members as they cried. She came to them dressed in the black clothing of mourners. She wore a headscarf. In her moment of strength she allowed everyone to see and feel her tenderness. She didn’t offer “thoughts and prayers” as leaders often do. She gave love.

Empathy is crucial. But it’s not enough when people’s heads are spinning. In a crisis leaders need to explain what’s happening. Ardern didn’t take the safe road by calling the attack a “mass shooting” or a “hate crime.” She had the tenacity to call domestic terrorism by its name. Calling a spade a spade calms the sensation of feeling lost. It doesn’t soften the hurt. But it does ease the shock and confusion.

Then laser-like clarity needs to determine what matters most right now. If polarization gives an issue sharp edges, decision-makers need to recognize competing perspectives and account for them in setting priorities. In her sweeping reforms yesterday, Ardern targeted military-style assault weapons, parts that convert them into high-capacity magazines, and assault rifles. Measured debate on other gun-related policy can wait for later. She concluded it was most urgent to get these weapons of war off the streets.

A crisis also demands the conviction to act. So often in tragedies like this one, Americans share a momentary outpouring of grief. But then people move on. Law-abiding gun owners feel wrongly judged and misunderstood. Victimized communities feel left behind in their demand for justice. In the end, nothing happens, so nothing gets better.

Not everyone believes that changing gun laws can prevent tragedies like the deaths in Christchurch. But I suspect everyone can agree that some concrete action must be sought. Ardern galvanized her Cabinet to align on principles of reform in 72 hours. Yesterday, new laws went into effect – one short week after the brutal attack. Simply jumping into action is not enough. At the same time, firm action is required.

When I look around I see a world fraying at the edges, even falling apart. How can leadership help? Fear and suffering lurk around every corner. What does it take to lead an increasingly fractured, angry, and broken society?

In the past week, New Zealand’s Prime Minister showed us a leadership path through dark woods: connection; compassion; clarification; and conviction. She showed us a world held together through common humanity, sincere empathy, thoughtful consideration, and fierce resolve. That’s how it’s done.